You are here: Home / Books, Media & Entertainment / “Healing Hearts,” a Story of Love and Acceptance #bookreview

“Healing Hearts,” a Story of Love and Acceptance #bookreview 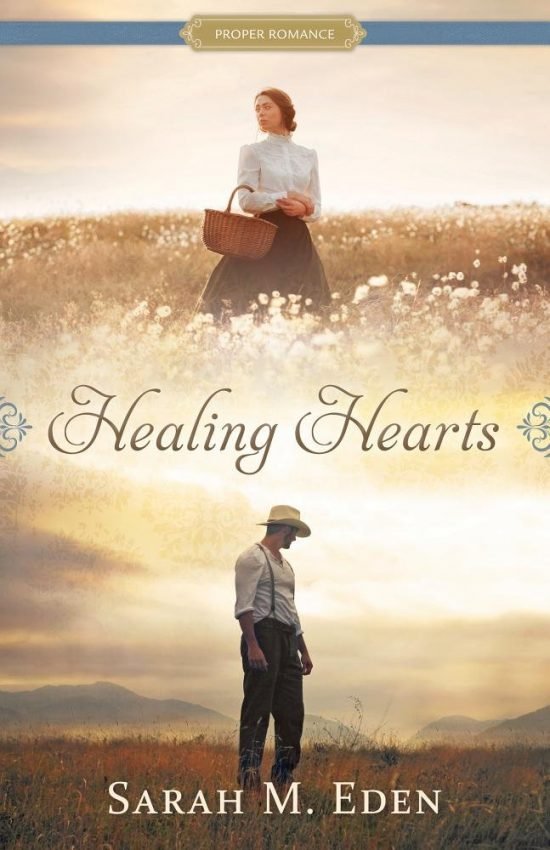 As the only doctor in the frontier town of Savage Wells, Wyoming, in 1876, Gideon MacNamara knows his prospects for a bride are limited. The few women in town are either too young, too old, or already spoken for. So, being a practical man, he decides to take advantage of the matchmaking service of the day—mail-order brides—and sends away for a woman with nursing experience.

When Miriam steps off the stagecoach in Savage Wells, she sees a bright future in front of her. But when the town—and Gideon—meets her, ready for a wedding, her excitement quickly turns to shock. Somehow Dr. MacNamara’s message had gotten turned around. He didn’t want a nurse, he wanted a wife. When she refuses to marry him, she finds herself stranded in Savage Wells with some very unhappy townspeople.

But Gideon is not like the other men Miriam has met. Embarrassed by the misunderstanding, he offers her a job, and the two begin an awkward—and often humorous—dance of getting to know each other as they work to care for the people of their town. Romance blossoms between the two, but when a former medical associate of Miriam’s arrives in town, Gideon and the other townsfolk must rally to protect Miriam from a dangerous fate. Gideon and Miriam must decide if they are willing to risk their hearts for each other even as buried secrets are brought to light.

Healing Hearts is another home run by Sarah M. Eden. I’ve read several of her books. While she is known as a romance writer, I love that she focuses her books focus more on story and character development and less on “traditional” romance. Ms. Eden is one of the premier authors of Shadow Mountain Publishing’s Proper Romance series. In fact, I believe she was the author to debut it (but don’t quote me on that one).

As I began this book, some elements seemed familiar to me, and then I realized that she has previously  written about the town of Savage Wells, Wyoming. You can find my review of her previous book, The Sheriffs of Savage Wells, here. I don’t know if you’d call this a series, as she doesn’t make a point of tying the stories together. They just happen to take place in the same town with a few of the same characters making an appearance. I actually like that better than most books that would be termed a “series” as you are often lost if you don’t read them in order. Healing Hearts stands completely on its own. As always, her characters are well-developed and three-dimensional. I swear I would recognize a Sarah M. Eden character if I saw one on the street.

As the story opens, we can feel poor Miriam’s pain, shock, and embarrassment when she discovers she was to step off the train and into a wedding. It soon becomes clear there is something in her past that holds her back not only from romantic attachments, but also from getting too close to anyone. Fortunately for Miriam, she finds a patient ally in Gideon, the town doctor, who decides that if he cannot have a wife, he will settle for a nurse—at least for the time being.

The story is by turns entertaining (sometimes even laugh out loud) and intriguing as we wonder what secrets Miriam is hiding. As we reach the climax and resolution of the story, Ms. Eden handles both with great storytelling skill to both enlighten and entertain us, while she teaches the importance of getting to know people instead labeling and judging them.

If you’re looking for a book to brighten up these cold winter days and distract you from the white stuff out the window, Healing Hearts is my recommendation. And then follow it up with Sarah M. Eden’s previous book about Savage Wells.

Healing Hearts, by Sarah M. Eden, is available in from Amazon.com.

It is also available in from Deseret Book.