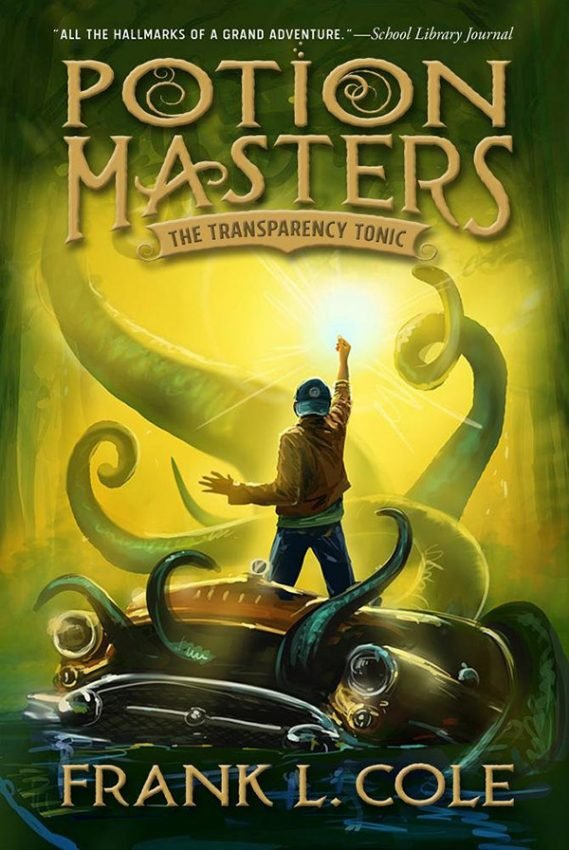 It has been nine months since Gordy and his friends, Max and Adilene, stopped Esmerelda from destroying B.R.E.W. and the Vessel. Gordy is starting the eighth grade, where he meets another Dram, Sasha Brexil, whose mother is the new President of B.R.E.W. Gordy has also been practicing new brewing techniques, and has even taken some of his potions to school—something expressly forbidden—but when he starts zoning out during practice, he knows something is wrong.

Strange things are also happening at B.R.E.W., because after Wanda confronts the dark Elixirists, she is unexpectedly fired by Mrs. Brexil. And in Greenland, Mezzarix is offered a chance to escape by an old friend, who is working for the mysterious Ms. Bimini. The woman reveals that she needs Mezzarix to replicate an unusual solution known as “Silt.” Mezzarix agrees on one condition: that Ms. Bimini uses the power of Silt to destroy B.R.E.W. forever.

Gordy and his friends continue to work on their potions, but when Adilene learns she will never be able to brew potions—that the only reason she had ever come close was because Gordy was Projecting his ability through her—she is crushed. Against her better judgment, she uses an invisibility potion given to her by her new friend, Cadence, to spy on Gordy.

As Gordy’s potion-making talents increase, so does the frequency of his blackouts, which raises a troubling question: What if Mezzarix attacks during one of Gordy’s blackouts?

Both B.R.E.W and the Vessel are in danger, and with the potion world in chaos, it’s up to Gordy, Max, and Adeline to rally the remaining Potion Masters before it’s too late. Can they do it? Read Potion Masters: The Transparency Tonic by Frank L. Cole to find out.

The Transparency Tonic, book 2 in Frank L. Cole’s Potion Masters series, doesn’t waste any time jumping into the action. The story opens with our protagonist, Gordy, checking an “emergency” potion and trying to avoid detection before the school bus arrives to take him to the first day of eighth grade.

Book 2 begins about nine months after the end of The Eternity Elixir, Book 1 in the Potion Masters series, and life has clearly not gotten any easier for Gordy, Max and Adeline. This middle grade fantasy adventure series definitely lives up to its genre in both fantasy and action. The books move along at a steady pace, liberally dosed with humor and suspense. While I’ve read many books in this genre, Frank Cole is anything but predictable in his writing.

The Potion Masters series are great both for middle-grade readers to read on their own, and to be added to the family read-aloud library. Mr. Cole’s writing is visual and descriptive, with liberal doses of humor and cleverness, which easily hold the attention of his readers.

Potion Masters: The Transparency Tonic by Frank L. Cole is available in hardcover, eBook and MP3 CD at Amazon.com.

How to Set Goals You Can Achieve This Year
Next Post:Amazing Maui Waterfalls on the Road to Hana