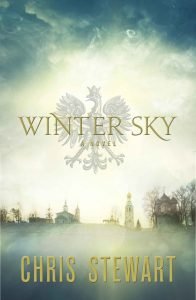 In a bombed-out Polish village during World War II, a young resistance fighter finds himself alone and trapped between opposing armies. He is a Polish rebel fighting to save his homeland, but an injury has erased his memory and his only possession is a torn photograph of a couple he assumes are his parents. The woman appears to be holding the hand of a young child whose image has been ripped off. Could this be him?

Caught in the crosshairs of the retreating German army and the advancing Russian forces, the village holds nothing but destruction and despair until a mysterious young woman offers a small glimmer of hope that may represent his last chance – news of a refugee train departing from a nearby town, headed for American installations at the border.

Desperately searching for a home and family he can’t remember, he is persuaded to rescue two children who are doomed to die without his help. But as time runs out, the former rebel is faced with an impossible choice. Standing at the crossroads of saving himself or risking his life for strangers, what would motivate a young man at the brink of salvation to make one more sacrifice?

New York Times Best-selling author Chris Stewart has created a powerful, soul-moving story of compassion and hope against all odds, set against the true-life backdrop of Eastern Poland and the courageous efforts of the “Devil’s Rebels” in the waning months of World War II.

Winter Sky by Chris Stewart is a little different than most books I have read and reviewed lately. It’s a short novel, less than 200 pages, but it is packed. It’s an intense story with no fluff, the story of a young resistance fighter. His tension and frustration are palpable as the story opens and he struggles to remember who he, what he is doing, and why he is where he is.

He comes to realize that he is not in a safe place and must leave, but first is not sure where to go. Through his chance meeting in the old bombed-out church with Melina he learns of a refugee train leaving from a town not far away. Melina persuades him to take two orphaned children with him on the journey, as they could not survive alone and there is nothing for them in the town.

The three begin their harrowing journey to Brzeg. As if the journey itself wasn’t difficult enough, along the way they must evade a German officer who is determined to kill him at any cost, and avoid detection by the approaching Russian Army.  Complicating things, it is nearly Christmas, bitterly cold, food is scarce and they are starving, especially the children. As they travel parts of his memory begins to return but many details are still hazy.

The story’s conclusion was a complete surprise. It is not often that I can say, “I didn’t see that coming.” This is one of those books. I really didn’t see the end coming. But don’t skip ahead to the end. You won’t want to miss a single page of Winter Sky.

Winter Sky by Chris Stewart is available in hardcover, Kindle edition and Audio CD at Amazon.com and at your local bookstore.

Get Creative with the Fablehaven Book of Imagination–Review
Next Post:God Is In the House–Book Review