You are here: Home / Books, Media & Entertainment / “Wrath of the Dragon King” is the Latest Dragonwatch Tale — #review

“Wrath of the Dragon King” is the Latest Dragonwatch Tale — #review 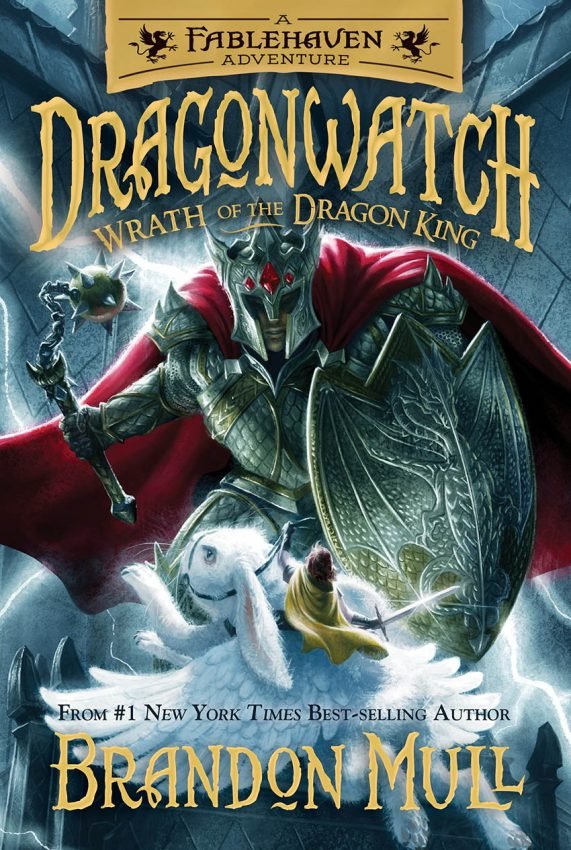 After a humiliating defeat at the hands of Kendra and Seth, Celebrant, King of Dragons, prepares to unleash his fury and take control of his native preserve. Two of the seven dragon sanctuaries have already fallen. Will Wyrmroost be next?

Armed with secret information from a new ally, Celebrant seeks a talisman that will guarantee victory in the war against the humans. With a cursed castle and traitorous creatures standing in the way, Kendra and Seth must attempt to foil Celebrant’s plan and beat him to his prize.

Will the two young caretakers rally enough support from the creatures of Wyrmroost to quell the uprising and protect the world from draconic dominion? One thing is certain—dragons are deadly foes, and one wrong move could bring swift defeat. It will take more than Kendra, Seth, and their current allies have ever given to endure the wrath of the Dragon King.

Book 2 of the Dragonwatch series by Brandon Mull, is another spellbinding adventure for the middle-grade readers. Even though it’s written for the tween set, there’s enough intrigue, action and story here for readers of all ages.

Seth and Kendra return again as caretakers of Wyrmroost. The story opens with Kendra and Seth being invited to The Feast of Welcome at Skyhold, the castle of Celebrant, King of Dragons. Tensions between dragons and humans have only gotten more intense since the close of book 1. If you haven’t read book one of the Dragonwatch series, Dragonwatch: A Fablehaven Adventure, you can find my review here. I hear this will ultimately be a series of five books. We are also introduced to cousins Knox and Tess, who aren’t happy about being dumped at their grandparents for the summer, and aren’t quite sure what’s going on with everyone. Tess is able to see the fairies, but Knox is not convinced they’re real until he drinks  some special “milk.”

Of course, it’s only a matter of time before cousins Knox and Tess are pulled into the adventures, and things get even more exciting as unrest grows in the dragon kingdoms. Each peril seems more amazing than the one before with new characters and new challenges, and this installment ends with a cliffhanger even I didn’t see coming.

Dragonwatch: Wrath of the Dragon King by Brandon Mull is available at Amazon.com, and will be a great addition to your read-aloud library.

“Carried” is an Uplifting Story of a Mother’s Grief and Faith
Next Post:15 Inspiring Podcasts to Help You Build Resilience